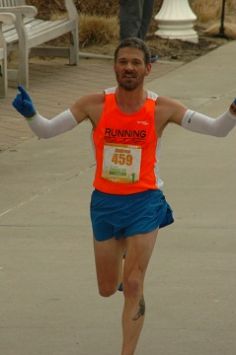 Andrew started running as a way to get into shape after turning 30 and having his first child. He played soccer in High School and always viewed running as punishment or something he had to do while served 10 years in the Navy. Later in life, he decided to get in shape for an adult soccer league by running a few miles at a time. He quickly became addicted and began to enjoy running. Andrew entered some local 5k road races, which escalated into 8k’s, 13.1’s, marathons and ultramarathons. After dabbling in triathlons, he has now settled into a career of masters running. Running has taken him to many places including the Marine Corps Marathon and the Boston Marathon. He loves being a part of the Hampton Roads running community and is looking forward to continuing his running career as part of the Running Etc. Ambassador team!